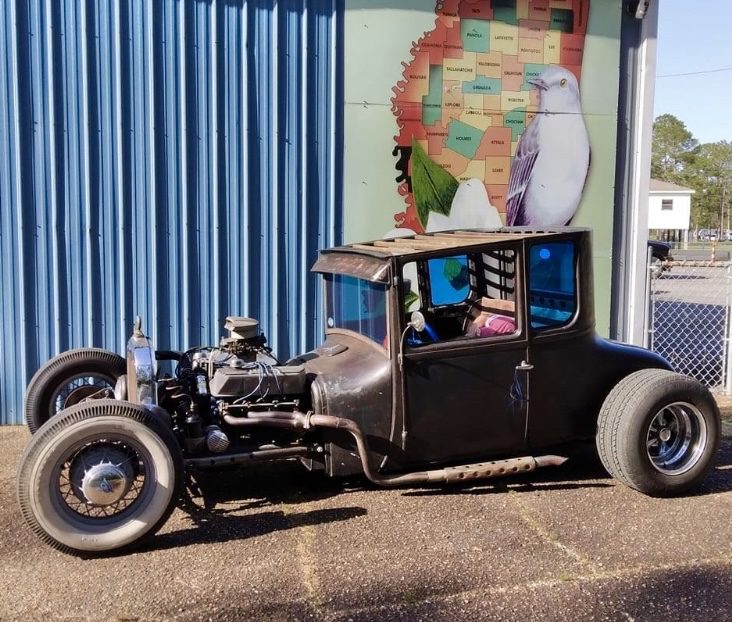 PLEASE OBSERVE THE 20 MPH IN THE PITS
Rainout is good for the current calendar year and is determined by management.

Requirements to Be Considered
a Street Car 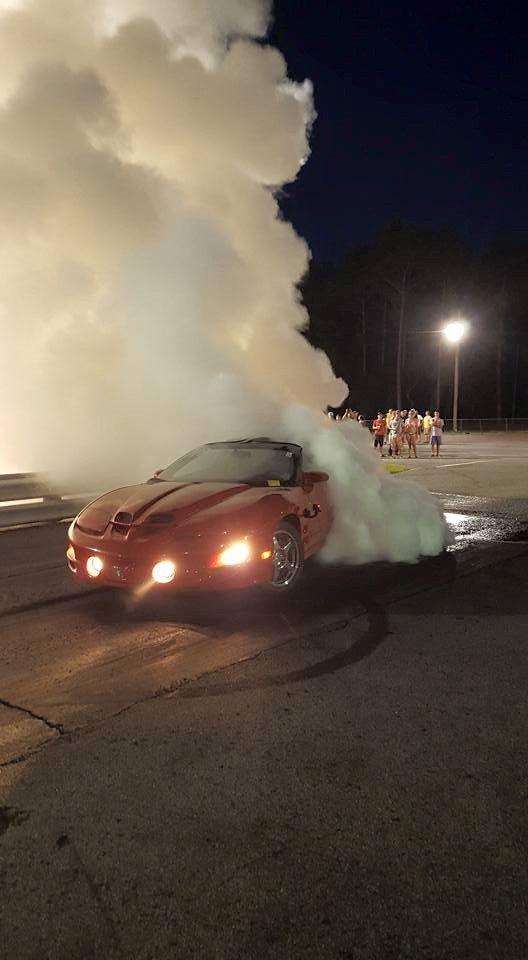 The ET breakdown listed below must follow the guidelines above, plus:

The above guidelines come into play at a specific elapsed time, but some are also applicable if a car runs a certain speed. At 140 MPH, regardless of the E.T., all cars must have a roll cage, window net, and a master battery-disconnect switch. When a car reaches 150 MPH, it must have a functioning parachute, but it does not have to be deployed. 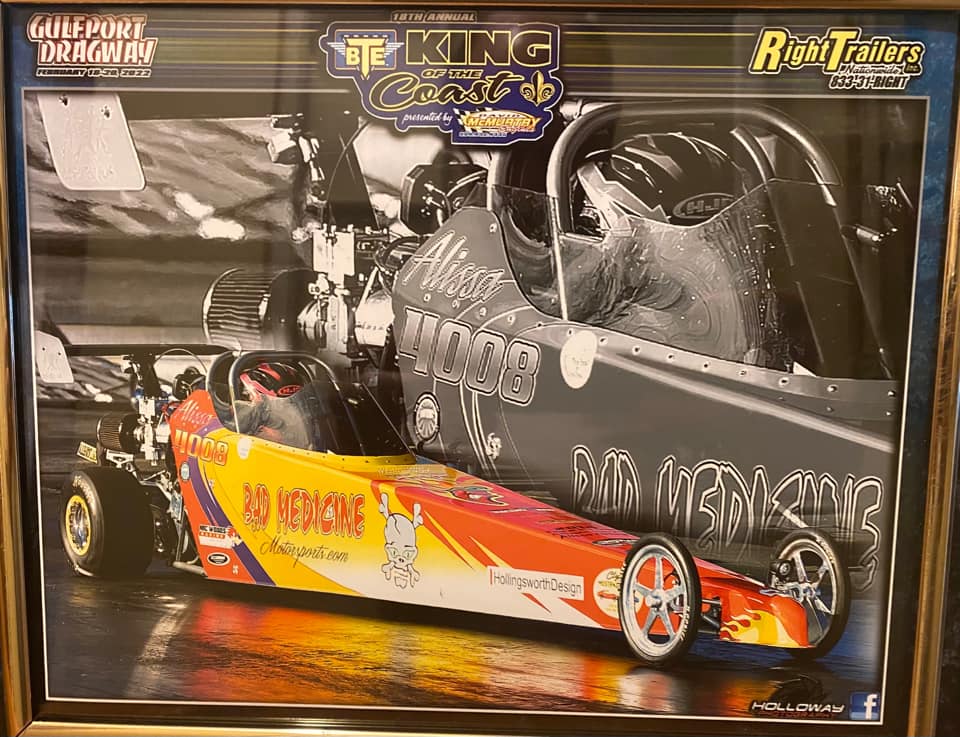 Once the driver “stages” with the display of the dial-in on the scoreboards & dial-in boards, he has accepted the dial-in, right or wrong.

Disclaimer
Rules & regulations are designed for the driver’s safety & convenience. It also provides the orderly conduct of racing events. These are intended as a guide for the conduct of the sport. They are no way a guarantee against injury or death to participants, spectators, or others.

Bracket drag racing is an equal opportunity sport in the world. Men and women, young or old, all have an equal chance. Anyone can win bracket racing with any car, truck, or motorcycle. All you have to do is drive consistently. It makes no difference if your car is fast or slow because the races are based on a system where the slower car gets a head start.

Drivers make time trials during the first part of the day.

Time trials are practice runs; on each run, the elapsed time (ET) is electronically measured and presented to the driver on a computer printout. The elapsed time is the time it takes to get from the starting line to the finish line. After time trials, drivers study their elapsed time printouts and try to predict what their cars will turn on the first run of eliminations (actual competition).

The driver's elapsed time predictions are dialed into the starting line computer to determine the handicaps.

As two cars pull to the starting line, the computer compares their dial-ins and gives the slower car a head start via an earlier go signal from the computer-controlled Christmas Tree.

If you decide to race, the first stop inside the gate is the tech area; teaching-in only takes a few minutes. The official checks tires, steering, brakes, battery, and anything that might be a safety hazard. Any well-maintained highway car will pass tech; when this is done, the officials assign a number to that vehicle. Next, you find a pit area. The pits are where the race cars are worked on and where drivers leave their gear and crew members. There are two unwritten laws of pit etiquette: First, pedestrians let the race cars have the right of way. This is done because many race cars are towed or coasted through the pits to keep the motors cool. Second, being in the pits gives you up-close access to all the racing machinery; therefore, the rule is to look, don't touch.

The staging lanes are where the drivers line up and wait to make a run down the racetrack.

The staging director and starter ensure the cars flow smoothly and safely, and their word is the law.

The bleach box is where the cars spin the tires in water. The process is called water burnout, and it is done to get the tires hot and sticky for better traction.

A drag strip is two race strips in one; each lane has its starting and timing system and functions independently of the other. One lane can be inoperative, and the other will still function perfectly.

The topmost and smallest bulbs are the pre-staged and stage lights. Next are three amber countdown lights; next are the green-go-light and the red-foul light.

As the front tires roll into the first light beam, it signals the tree and lights the pre-staged bulb. You're in the second light beam a few inches further, and the staged bulbs come on. At this point, the driver is supposed to be ready to race. The starter waits a few seconds and starts the Christmas Tree. It blinks down – amber-amber-amber, green, a half second between bulbs, one-and-a-half seconds from the first amber to green; that is all there is to it.

The green light is your signal to go, but it is only a signal. The elapsed time will not begin until the front tires move out of the light beam; this never changes. The front tire triggers the elapsed time computer, not by the signal.

There is a time-recording related to the green signal: It's called the reaction time. Reaction time is computed in thousandths-of-a-second; it tells how quickly you moved off the starting line (out of the light beam) after the green light.

On the other hand, if you leave the starting line before the green light, you will be disqualified via a red light / foul start.

At first, it might seem ridiculous that anyone would leave too soon, but the reaction time is so important that drivers try desperately to cut the green light as closely as possible. Because the front tires must roll a few inches before they are out of the light beam, practiced drivers have floored the gas and have their cars moving while the last amber light is still on, but they know their cars and themselves so well that they do not break the light beam until the green has flashed. It takes practice and concentration.

Separate lines painted at the finish, each having its own set of lights, are marked with cones. The lines are 66 feet apart and are called the traps. Crossing the first line starts the MPH computer; crossing the second line stops the elapsed time computer, which started when the car left the starting line. It is also the finish line and is exactly 1320 feet from the starting line.

The dial-in is used to determine the handicap start. Based on your time trials, the dial-in is what you think you will turn in your next run, which will be the first round of eliminations (actual competition).

The dial-in is written to the hundredth-of-a-second on the passenger windows with white shoe polish. As the competitors approach the starting line, the tower personnel enter the dial-ins into the computer, which programs the Christmas Tree and gives the slower car a head start.

During eliminations, dial-ins may be changed between rounds. You may never have an elapsed time quicker than the dial-in. If you do, you break out and are disqualified.

The dial-in handicap works like this. Say your dial-in is 20.00 seconds, and your opponent dials in at 19.00 seconds; you will get a once-second head start. That is, your opponent will get his signal one second after you get the signal.

When all the cars in a bracket have made a run, it is called completing a round. Each run has a winner and a loser, so half the cars are eliminated once a round is completed. Even with 100 cars in the bracket, it only takes seven rounds to crown the bracket winner. During eliminations, a breakout is an instant loss. If both cars break out, the car breaking out by the least is the winner. The red light is also an instant loss. If you flash red light, you cannot win. If your opponent flashes red light, you cannot lose. Also, if your opponent red lights, the breakout rule is waived. The bye-run is a lone run given to a randomly chosen car because of an unequal number of cars in a round as determined by a random or ladder sheet.

During time trials, both sides of the Christmas tree count down together. During handicap eliminations, the count down is staggered because one side of the tree starts before the other.

Right of Way at Gulfport Dragway is:

Violators will be issued no warning. There will be immediate removal of the golf cart, 4-wheeler, scooter, etc

The rules and regulations herein are designed to ensure the orderly conduct of racing events and to establish minimum acceptable safety requirements for such events. These rules shall govern the condition of all events, and by participating in these events, all participants are deemed to have complied with these rules. NO EXPRESSED OR IMPLIED WARRANTY OF SAFETY SHALL RESULT FROM PUBLICATIONS OF OR COMPLIANCE WITH THESE RULES AND/OR REGULATIONS. They are intended as a guide for the conduct of the sport and are in no way a guarantee against injury or death to a participant, spectator, or official. The race director shall be empowered to permit minor deviation from any of the specifications herein or impose any further restrictions that, in his opinion, do not alter the minimum acceptable requirements. NO EXPRESSED OR IMPLIED WARRANTY OF SAFETY SHALL RESULT FROM SUCH ALTERATION OF SPECIFICATIONS. Any interpretation or deviation of these rules is left to the discretion of the officials. Their decision is final.